A general surveillance system on current market usually features separated systems: the camera DVR/NVR as a system, and the I/O monitoring as another system; each system operates independently. For now the DVR/NVR system of the camera usually records video for 24H/7Day without interruption, it requires huge storage space and suffi cient network bandwidth; therefore the system implementation fee is usually high. In addition, when playback a certain video, it does not allow to search the suspicious activities of related I/O (temperature, doors and windows switch, water level, etc.) at the same time.

ICP DAS WISE surveillance solution integrates logic control, I/O, camera and data log in one single WISE controller. WISE allows two-way interactions between the I/O and the camera; it enables to record a piece of video or to take images when there is an event triggered by either I/O condition or ROI (Region of Interest) by camera. In this way, the storage size can be reduced signifi cantly and the connection between I/O event and Video/Image can be built for easy query. 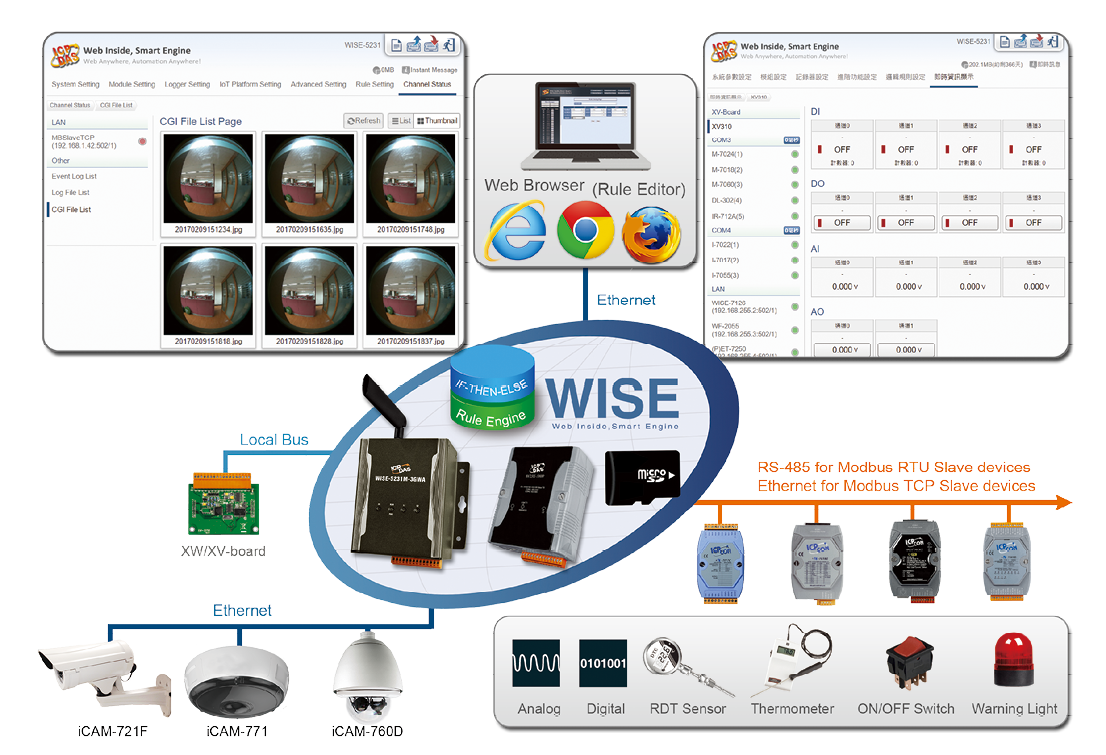