The I-8094A is a 4-axis stepping/pulse-type servo motor control module that can be used on any of the ICP DAS PAC series controllers, and is suitable for general-purpose motion applications. The I-8094A has the full functions of the I-8094 and has an internal 80186 CPU allowing the module to be used to perform additional functions, including the ability to perform motion operations without requiring a PAC. When working with a PAC, it also allows users to perform additional functions by calling user-defined subroutines (Macro functions). Users can embed their customized processes (know-how) inside this module. In addition to its wide speed range, this intelligent motion controller also has a variety of motion control functions built in, such as 2/3-axis linear interpolation, 2-axis circular interpolation, T/S-curve acceleration/deceleration, numerous synchronous actions, automatic homing, and others.

A major advantage is that the majority of the I-8094A motion control functions are performed by the high-performance motion ASIC with little load on the processor. While driving the motors, the motion status, and the status of the other I/O channels on the PAC modules, can still be monitored. As the CPU loading requirements of the I-8094A is minimal, one or more motion modules may be used with a single PAC controller. ICP DAS also provides a variety of functions, and examples that can be used to reduce the need for additional programming by users, making it a highly cost-effective solution for motion control application developers. 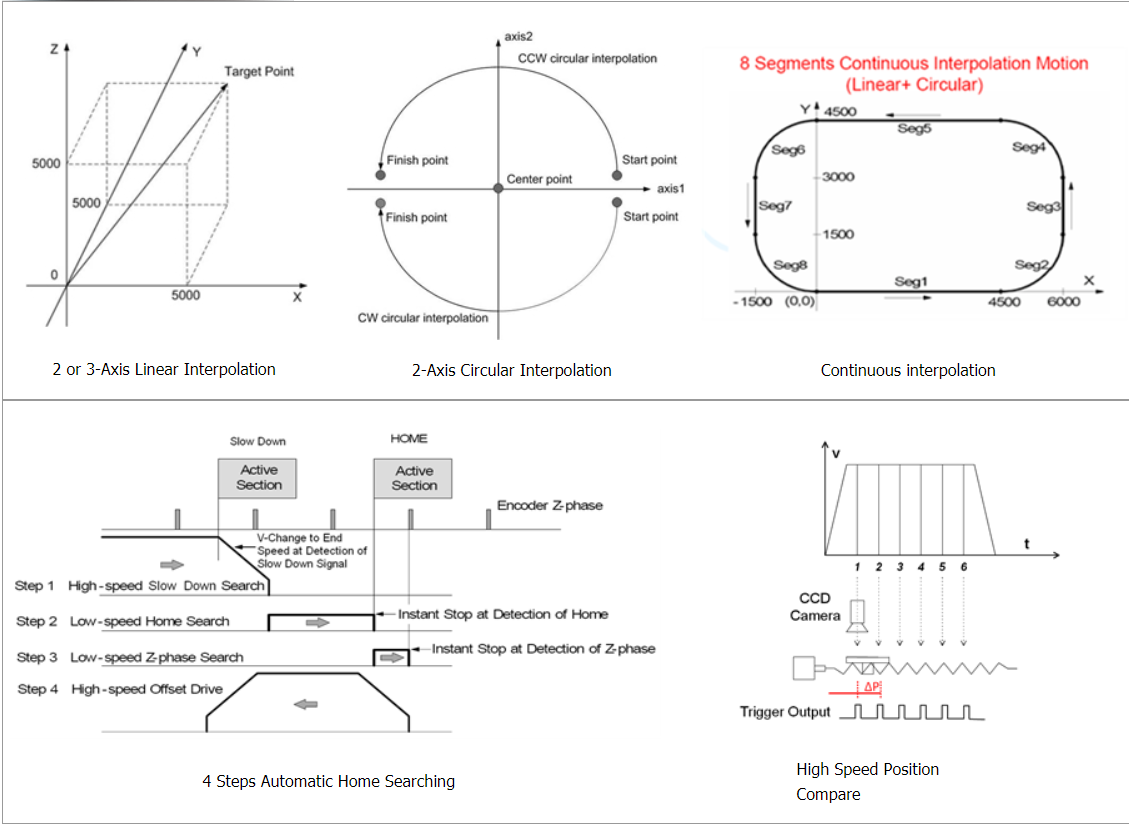